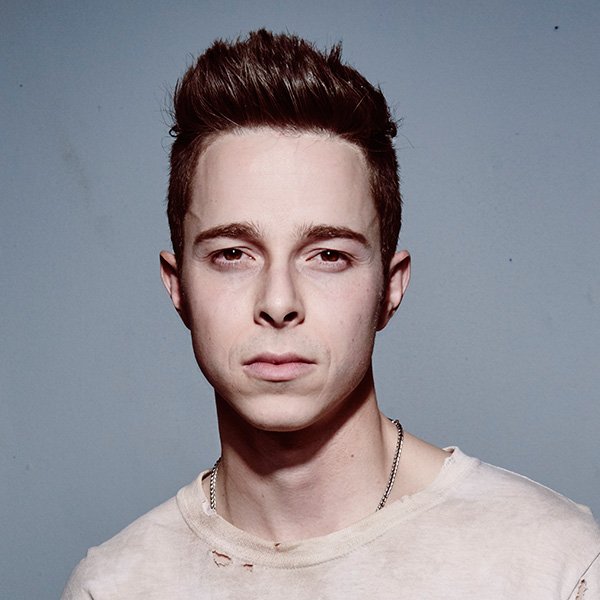 Sometimes, things just click.  They certainly have for Dan Talevski. At the age of 29, he’s already accomplished more than some artists twice his age. Millions of people have seen him sing on YouTube. He’s been signed to a major record label. Groomed for stardom alongside Justin Bieber. Toured with Backstreet Boys. Worked in the studio with will.i.am. Written songs for Shawn Desman, Danny Fernandes, Keshia Chante and others. And now, with Guilty as Sin, his debut single for eOne Music Canada, he’s poised to take his rightful place as Canada’s next musical sensation.

"It was in 2007," Talevski recalls. "I was just searching YouTube for Justin Timberlake’s video for What Goes Around Comes Around. I saw a couple of other people posting covers of the song — and had millions of views. It was like a lightbulb went on over my head. I posted a 47-second clip of myself singing the chorus, and when I woke up the next day I had about 500 views. That number went from hundreds to thousands to hundreds of thousands very quickly. Then I started getting fans emailing asking me to sing this song or that song. I started doing that and millions of views were pouring in weekly. It was awesome."

Soon, it got even more surreal. A year to the day of his first posting as danjt87 — and after YouTube posted his first video of an original song on its main page — Talevski was whisked to Hollywood, where he became the first male artist signed to a major-label record deal via the Internet. Overnight, he was thrown into the star-maker machinery. "It was like going to college for an artist," Talevski recalls. "It was gruelling, but it was an amazing experience. I was doing vocal training beside Justin Bieber in Atlanta. Then I moved to L.A., where I was dancing eight hours a day, working with a trainer and singing all night in the studio. Will.i.am from the Black Eyed Peas produced and rapped on a single for me. I worked with Timbaland. I just soaked it all up like a sponge."

Even so, Talevski wasn’t satisfied. The commercial pop he recorded wasn’t his style; the melodies weren’t his own; the words weren’t his thoughts. He felt no connection to his music, had no control over his career. So he took control. He came back to Toronto and began finding his sound. Honing his craft. Putting everything he’d learned into practice.

That’s when things started to click. He wrote songs and recorded with a who’s who of Canadian acts. He crossed the country opening up for BSB. He found the right songwriters and producers — identical twins RyanDan (formerly of B44, and more recently, Shania Twain’s Vegas show) and Alex "Pilzbury" Vujic. The first fruit of their labours is the R&B-influenced Guilty as Sin, out Feb. 9. As its title tells you, this isn’t your little sister’s pop music — though it might appeal to her big sister.

"I’ve always had a slightly darker undertone," Talevski explains. "People look at me and they expect to hear some corny little love song, but I like to take it a little more mature and sexual. I’ve been through a few things, so I took it to the next level."

Which is exactly where he wants to take his music and his career. And now’s the time. Finally.

"I’m so grateful that I’m doing it now and not when I was 21," he says. "If I had put music out then, I wouldn’t be able to listen to it or watch it. I’d be embarrassed. I’m glad that I ended up having to wait; it turned out to be a blessing in disguise. I want people to respect my writing and vocal ability first and foremost. I want to perform for people and connect with them on all different levels. I’m really hoping my songs can take off."

He needn’t worry. After all, things are really starting to click.

Meet Dan at the US College Expo in Toronto.