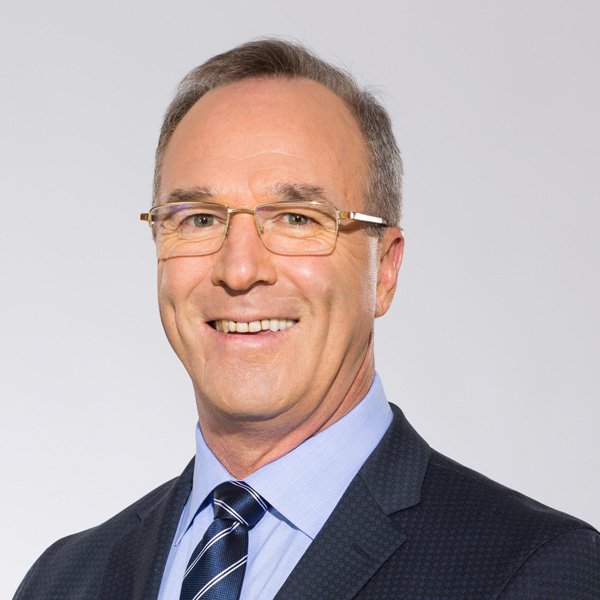 Dave Poulin is a graduate of The University of Notre Dame, where he was a four year Varsity Letter winner and a finalist for The Hobey Baker Award as College Player of the Year.

Post graduation, Dave enjoyed a 13-year career in the NHL. As a three time Stanley Cup finalist and a three time NHL all-star, he captained the Philadelphia Flyers for 6+ seasons and was the 1987 winner of the Frank J. Selke Award as the league’s top defensive forward. He also played for the Boston Bruins, during which in 1993 he was the recipient of the NHL's King Clancy Award for leadership qualities both on and off the ice, and finished his playing career with the Washington Capitals.

He returned to Notre Dame in 1995, spending 10 years as the Head Varsity Hockey Coach, and leading the team to its first ever NCAA appearance. He also spent 2 years as an Assistant Athletics Director in Development, spearheading fundraising for the Compton Family Ice Rink project. During his time at his alma mater, he was a regular guest lecturer in the Mendoza College of Business.

In 2009, Dave accepted the position as Vice President of Hockey Operations for the Toronto Maple Leafs. During his 5 year tenure, he was also the General Manager of the AHL Toronto Marlies, acting as a league governor as well as the Chairman of the AHL Executive Committee.

Dave is currently a TV hockey analyst on TSN for Toronto Maple Leaf and Ottawa Senators games, a regular on national shows (That's Hockey and That's Hockey 2Nite), and a co-host of Leafs Lunch on TSN radio.

Find out more about Leafs Lunch.

Meet Dave at the US College Expo in Toronto.