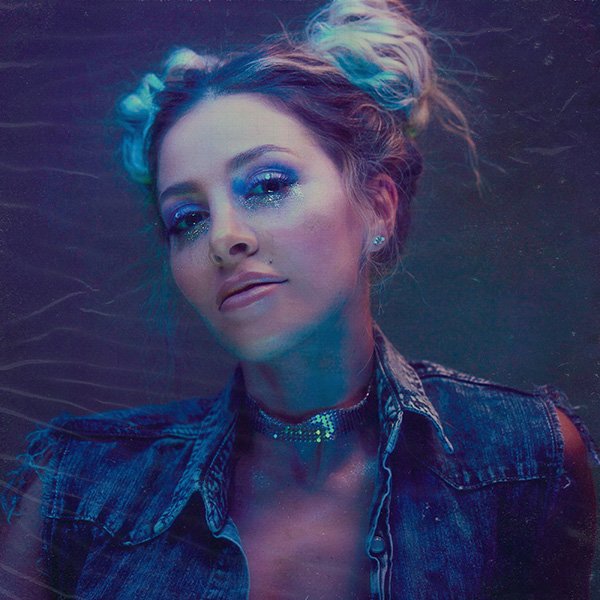 Delaney Jane is a Juno nominated singer and songwriter from Toronto, Canada. She began her career as a featured vocalist and topline writer on some of the biggest electronic dance records of the past decade. She spent the early part of her career collaborating with EDM artists like Tiesto, DVBBS, Oliver Heldens, REZZ, Adventure Club, Shaun Frank, and Grandtheft (to name a few), amassing hundreds of millions of streams worldwide. In 2017, her collaboration with Tiesto, "L'amour Toujours", was certified gold and became a European smash anthem. That same year, her collaboration with DVBBS & Shaun Frank, "La La Land", also went gold. She ended 2017 performing on the main stage with both Tiesto and DVBBS at Ultra Music Festival Miami, doing 2 full tours of Asia & India alongside Shaun Frank, as well as accompanying The Chainsmokers on several dates of their SOLD OUT North American "Memories Do Not Open" Arena tour.

In 2018, her more recent collaboration with Grandtheft, "Easy Go", broke top 40 radio in America and top 10 in Canada, also achieving certified Gold record sales status. More 2018 highlights included a collaboration with Flo-Rida and Sigala, being nominated for both a Juno and an MMVA for her collaborations with Adventure Club ("Limitless") and Grandtheft ("Easy Go"). Later in the year, Delaney released her first solo single titled "Bad Habits", independently on her label "Dirty Pretty Things." "Bad Habits" quickly stormed both the sales and radio charts, garnering top 10 on Canadian radio in 2 formats (top 40 & AC) and became her 4th Gold record in the last 2 years. With the success of "Bad Habits", Apple Music named her one of their top rising artists to watch, Spotify made her the cover of their playlist "Hot New Pop Sounds", and iHeartRadio personally invited Delaney to perform "Bad Habits" live at the 2018 Jingle Ball Toronto alongside The Chainsmokers, Dua Lipa, & Khalid.

Delaney Jane is a Canadian singer and songwriter.

Dr. Gordon is a leadership & relationship expert, a dynamic motivational speaker, a best-selling author, a TV personality for Good Morning America, and Cityline as well as a TV producer for SUCCESS Stories.

Elizabeth is the associate director of international outreach and education for the NCAA Eligibility Center.

Roberta is an extraordinary young lady filled with hope, courage and inspiration. Although only 11 years old, she is an old joyful soul who captured the hearts and votes of Americans, not only with her extraordinary voice, but also with her passion and character!

At 20 years old, entrepreneur, youth coach, and keynote speaker Sam Demma doesn’t let his age define his drive or credibility. His goal is to provide people of all ages with the tools and strategies they need to become the change-makers in their schools, businesses, communities, and in the lives of those around them.

Sami Jo is a 3 time Olympian in the sport of Ice Hockey. She has won 2 gold and a silver as a goaltender representing Canada. A graduate of Stanford University in Mechanical Engineering, she now works full time as a professional speaker delivering a message on how to build successful teams as well as successful teammates.

Retired NHL Player turned Techie. During career he played with Canadiens, Blues, Canucks, Kings, Thrashers, Panthers for 633 games in the NHL. Graduated from Michigan State University with a Telecommunication degree with a minor in Virtual Reality, Software Development and Web Design.

Jann serves as associate director of admissions at the California Institute of Technology and brings 30 years of experience in higher education to the team.

Scott graduated from the University of Cincinnati. He has been involved as a High School Coach for over 25 years.

Black was born and raised in Toronto and spent his entire 10-year career with the Toronto Argonauts after being drafted in the sixth round of the 2008 CFL Draft.

NACE is a nonprofit membership association organized by and on behalf of member institutions and is the largest association of varsity esports programs in North America.

Mark led the effort to create the award-winning esports program at University of California Irvine (UCI).

Ashley Thornburg is an associate director at the NCAA Eligibility Center.

Meredith Lombardi is the Associate Director for Outreach and Education at The Common Application, where she engages with students and the counseling community to ensure Common App resources are relevant and support college access initiatives.

Joanna has been an educator for over 20 years helping students to excel in achieving important milestones in education.