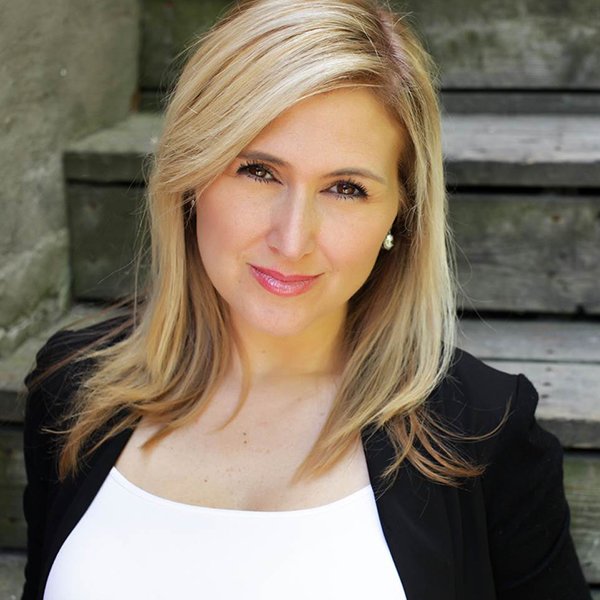 The warm and smiling face of morning television’s “Live Eye” segment for 23 years, Jennifer Valentyne is now the host of Global News Morning Toronto and of The Bachelor and The Bachelorette Canada’s first live after show on the W Network. With her infectious enthusiasm lighting up everything she does, Jennifer is the perfect choice when it comes to hosting your gala, moderating your event, or having her speak to inspire your audience to reach their full potential.

Jennifer’s journey to being one of the most recognizable faces on television started while she was attending Centennial College for Radio and Television Broadcasting, working as the Key590 radio station Cash Car Girl while studying. She then took an internship at MuchMusic, and after graduation, obtained a full-time position as a graphics operator in hopes of becoming a VJ. Moses Znaimer, founder of CityTV, had other plans, and brought her to morning television in the memorable role of the singing weather girl, and the rest is history.

Over the course of her career, Jennifer has interviewed celebrities such as Sir Richard Branson, Billy Crystal, Rachel McAdams, Channing Tatum, and Harrison Ford, but her passion has always been people in the community — she has the exceptional gift of unearthing their fascinating stories and sharing them in a meaningful way.

An actor, Jennifer was a founding member of the comedy troupe “On the Off Ramp” and studied improv at The Second City, as well as working with one of the originals, Joe Flaherty, on character building. She has been writing songs and singing jazz since she was a teenager and went on tour after releasing two CDs. She was also previously co-host of Q107 with John Derringer.

Jennifer is deeply fulfilled by giving back to the community with volunteer initiatives and is actively involved with Camp Oochigeas, The Children’s Breakfast Club, Dreams Take Flight, Habitat for Humanity, Women Build, Pride Build, and World Vision.

Meet Jennifer at the US College Expo in Toronto.